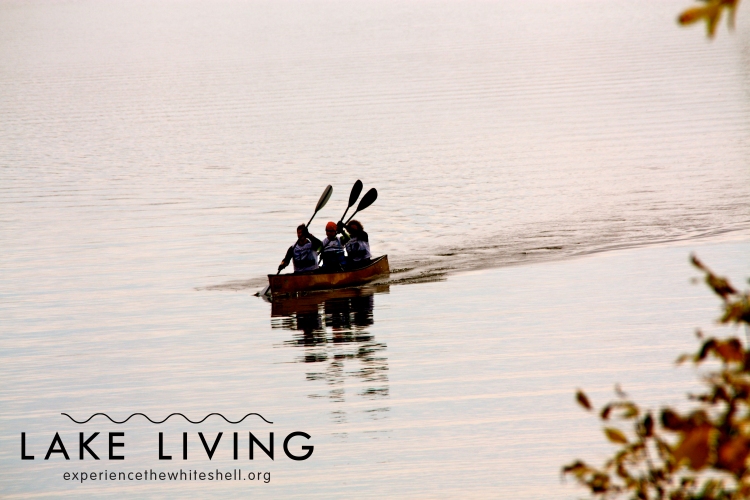 Of my three years participating in the Swamp Donkey Adventure Race (SDAR), this year’s race was perhaps the most adventurous, challenging, and probably the longest course that I have been a part of. It was also the most fun because the course was mapped out so differently than in previous years, which had me really excited to get out on it. Some of the new territory for SDAR included Star Lake, Caddy Lake, South Cross Lake, McGillivray Falls, as well as a remote finish. 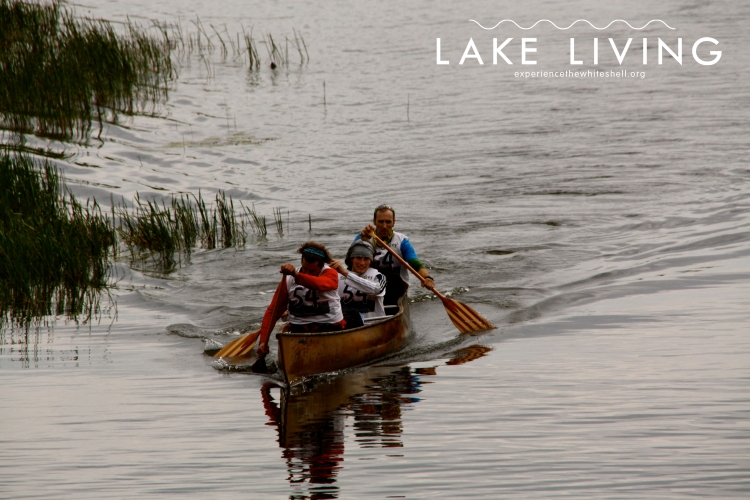 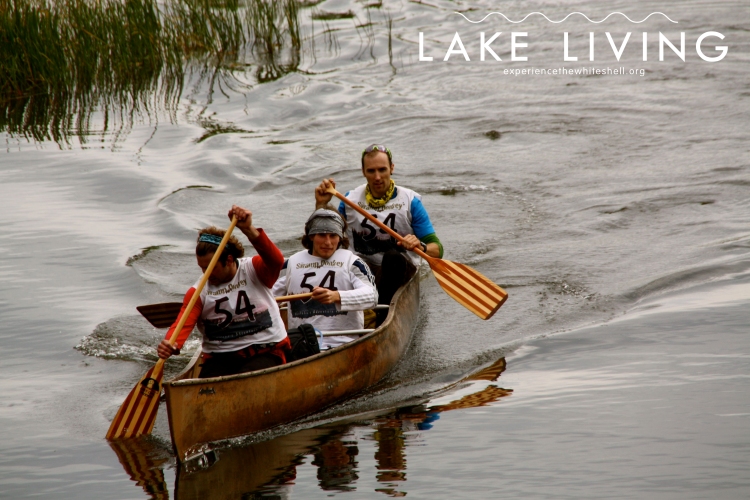 The day dawned clear, but reasonably warm with the threat of rain later on – extra incentive to finish early. After going through all the usual morning preparations, we were finally ready to go by 9:00 a.m. The race started on foot – a sprint from the Falcon Lake Community Club to Lumber One, where our bikes were waiting for us. This seemed to be a clever method for spreading out the heavy bike traffic at the beginning of the 2013 race. After about two minutes of running with a backpack I felt like calling it a day, but nonetheless we pressed on to Lumber One, hopped on our bikes, and were off down the South Whiteshell Trail to Star Lake. That trip took us about 40 minutes, and at least a liter of Gatorade, before we had to dismount and walk our bikes through the bush for a while beside a scenic outlook over Star Lake. Once we got through that it was off down the block roads until we hooked up with the trail again alongside Highway 44. We ditched out bikes on the trail in the Moonlight Bay area before crossing Hwy. 44 on foot and setting off through the bush. That jaunt cost us dearly as we ended up losing track of one of the easy checkpoints and spent the better part of an hour looking for it – giving me the chance to finally catch my breath. 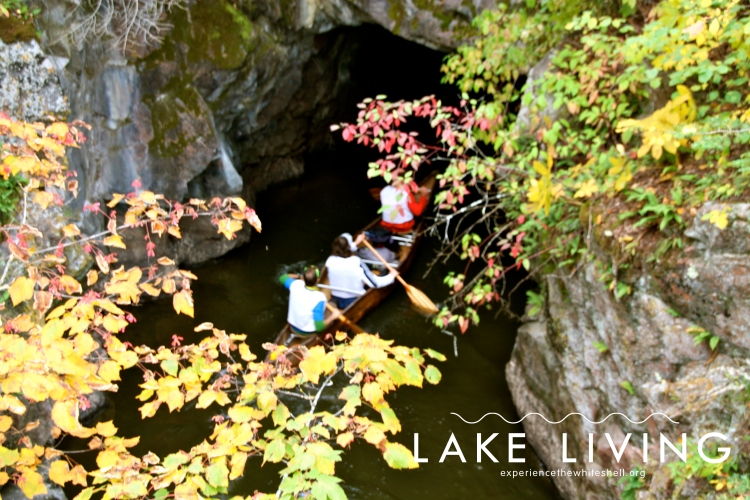 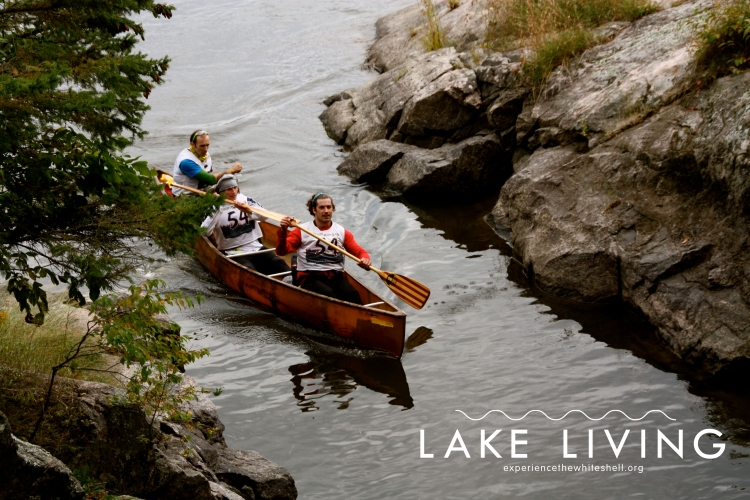 Afterward, we got back to our bikes and continued on to Caddy Lake (via a mysterious water-filled hole at the bottom of a big hill that caused several bikers to be thrown over the handlebars, including my own teammate), where our canoes were waiting for us. From there, it was across Caddy, through the tunnels (this was a lot of fun, after all my years out in the Whiteshell I had yet to do this) and out onto South Cross Lake. About a third of the way across the lake, we canoed up a little creek, portaged over a beaver dam, found another tunnel (on which the masonry work was admirable, I thought) I had no idea existed. Just through the tunnel we left our canoes to once again set off on foot in some rather thick underbrush. Three or four checkpoints later (one of which required some wading – this year I drew the short straw) we were back in our canoes and moving to the far side of South Cross to get one more checkpoint. Probably in hindsight we shouldn’t have devoted the time to. Back at the Caddy boat launch the finish line taunted us – but we were far from done. Hopping back on our bikes we set off on some tough single track that would eventually bring us to McGillivray Falls – then it was up the trail (carrying our bikes) to the top where we rode along the shield rock of the continental trail to get the final four checkpoints. If I weren’t already so tired, this might have been the most fun part of the race, and I will definitely make a point of going back to ride that trail. At this point rain was making the rock slippery and difficult to negotiate, so we ended up only getting two of the final four before realizing time was not on our side and we best boot it back to the boat launch. 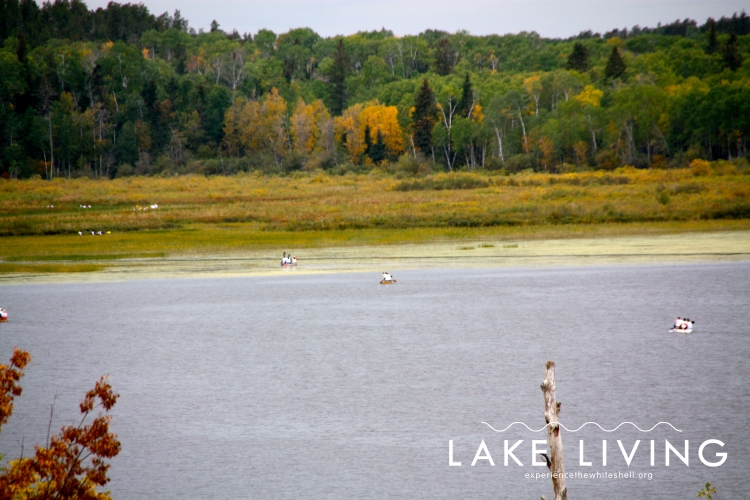 And this point I was well out of fluids and could feel myself cramping up, but the way out didn’t feel as long as the way in, and we made it back to the remote finish with about a half hour to spare before the 6:00 p.m. cut off tired, soaked, filthy, and completely ecstatic to be done. Despite the offer a free beer, we declined the open invite to bike back to the Falcon Community Club. Great race, great course, great day! 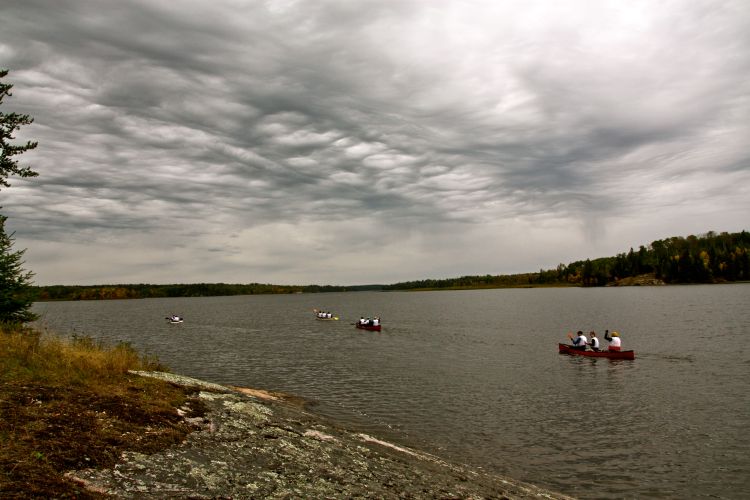 One thought on “New Routes, New Challenges in the 2014 Swamp Donkey Adventure Race”