It’s that time of year again: Beaver Days 2016 is happening this weekend at the Whiteshell Community Club in Falcon Lake!

This annual winter festival allows you to escape into the scenic Whiteshell Provincial Park for a weekend while experiencing a great family event in the friendly community of Falcon Lake. 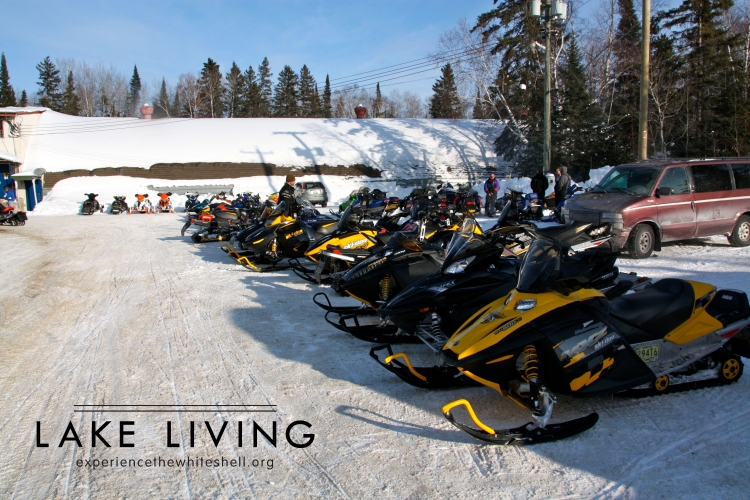 Whether you want to sign up for sponge hockey with your friends, play Texas Hold Em’, take the kiddos to the kids’ activities, ride in the snowmobile Poker Derby, cross-country ski, or test out one of the new 2016 demo sleds: Beaver Days has something for everyone.

Here’s a schedule of everything happening throughout the weekend:

• Breakfast at the Whiteshell Community Club from 8:30 a.m. till 11 a.m. Saturday & Sunday.
• NEW: For the first time ever, the Manitoba Mini Sled Racers will be racing their tiny sleds across frozen Falcon Lake from 10 a.m. to 3 p.m. Saturday & Sunday! Ten classes will be running. You can pre-register at racing@mmsra.ca. For more information visit mmrsa.ca.
• From 10 a.m. to 4 p.m. Saturday, you can check out the beautiful trails of the Whiteshell and maybe win some cash in the Snowmobile Poker Derby! Registration is at the Whiteshell Community Club. Gold wins $1,000, silver wins $400 and bronze wins $300. A single hand is $10, three for $25 and wild cards are $5 each. Walk around hands are also welcome.
• Test out one of the brand new sleds in the snowmobile demo, hosted by Enns Brothers & Winnipeg Sport & Leisure from 10 a.m. to 3:30 p.m. Saturday. Located in the Falcon Lake Mall parking lot.

• SnoMo Radar Runs are happening at the Falcon Main Beach from noon till 3 p.m. Saturday. Prizes awarded at the Whiteshell Community Club at 4 p.m.
• Beer gardens open from 11 a.m. to 1 a.m. Canteen open from 11 a.m. to 5 p.m.
• Sponge hockey tournament kicks off at 11 a.m.Saturday. Organized by Shedden Construction.

• Whiteshell Fur Trappers’ display from 1 p.m. to 4 p.m. Saturday & Sunday.
• Manitoba Conservation display from 1 p.m. till 4 p.m. Saturday & Sunday.
• I ‘moustache’ you to bring your best facial hair (or braided hair-do, or facial hair) to this years Beard, Braid & Moustache Competition hosted by Falcon Ridge Ski Slopes. Register for free at the ski hill from 10 a.m. to 5 p.m. on Saturday or 10 a.m. to 1 p.m. on Sunday. Winners will be announced at 4 p.m. on Sunday at the community club.

Any questions? Email whiteshell.lakes@gmail.com. See you there!

Faloma is located about half way along the north shore of Falcon Lake on Highway 301. Besides a lovely sand beach, picnic areas, and a beach volleyball pitch, it is also the location of Penguin Resort and Faloma Beach Marina. The Faloma Beach Marina offers a variety of rental boats, dock spaces, a store, and boat service. Faloma Beach is a popular summer spot with the day trippers as well as the cottagers and campers at Penguin Resort. 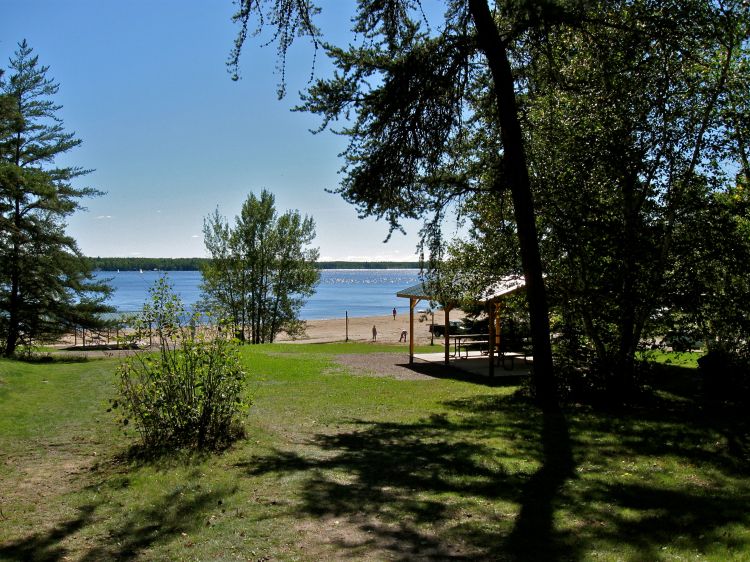 According to Olive Zimmerman’s recently republished book, History and Folklore of the South Whiteshell, it was in the 1940s that Margorie and Eric Law spotted the perfect site to build what is now Faloma Beach Marina and Penguin Resort, and for many years the two businesses were one.

Maude and Gordon Hamilton were next to purchase Faloma after the Laws. And in 1990, then owners Bob and Judy Partridge and partners separated off the marina and store, and Faloma Beach Marina came into existence as a separate business.

A memorable event happened during Christine and Ralph Savoy’s ownership that may have been due to someone blowing up a beaver dam upstream. An entire series of beaver dams on Partridge’s Creek and the ponds above collapsed one after the other, sending a roaring tsunami of debris and water downstream that washed out the road to the Faloma subdivisions and sent the boats and docks at Faloma out into the middle of Falcon Lake. Until Parks was able to construct a temporary bridge, residents and cottage owners east of Partridge’s creek were stranded. It was very lucky that no one was hurt when those dams blew! The debris extended up over 10 feet on each side of the creek where it crosses the pipeline, a popular hiking area. It also temporarily flooded the Artesian well that has served Penguin Camp and Faloma with pristine water for over 70 years.

Those beaver dams have long been rebuilt, and it is a charming walk up to one of them along Partridge’s Creek, starting from the pipeline. 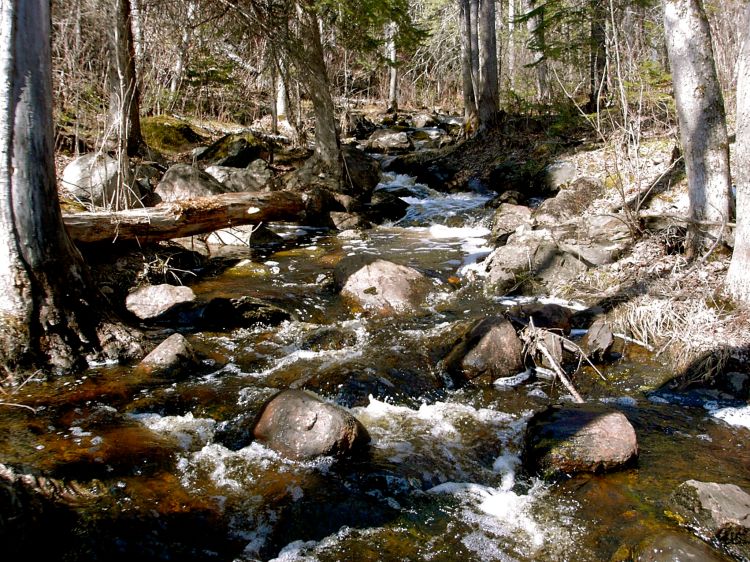 You can also walk into one of the beaver ponds from the South Whiteshell Trail, starting by the bench dedicated to Israel Asper by his family, just past the red pine plantation east of Faloma.

The red pines were planted by forestry in 1959 for the purpose of harvesting their cones. Since the South Whiteshell Trail was built (in about 1990 or so), it is one of the favourite parts of the trails. It is fascinating to see those big pine trees planted in rows like corn. 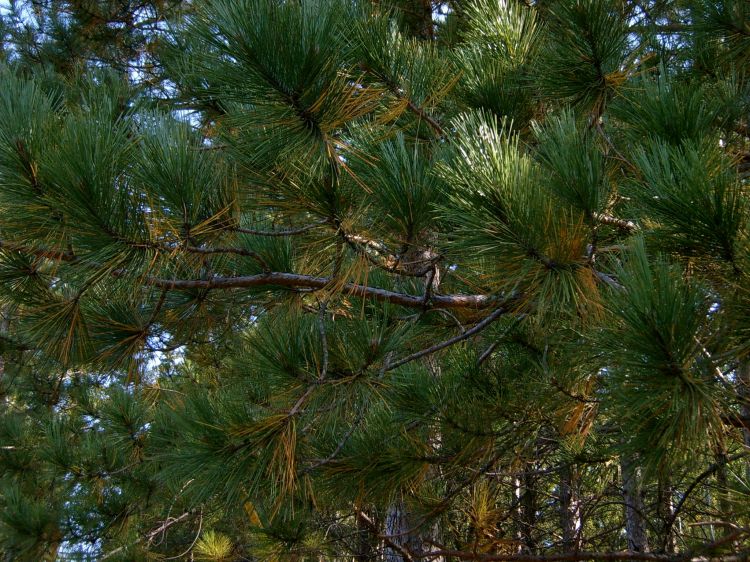 There are actually two creeks that enter Falcon Lake at Faloma. The larger one, Hamilton Creek, drains Edgar Lake and Barren Lake and enter Falcon under PR 301. It is a spawning ground for walleye and northern pike. In fact, for many years the Whiteshell Fish Hatchery set up operations at the outflow of that creek at Faloma to catch and milk walleye for their eggs. Not surprisingly, the mouth of Hamilton Creek in front of Faloma is a favourite fishing spot on opening day. Pictured below is Cody Southam, one of the mechanics at Faloma with a master angler walleye.

Again according to Olive Zimmerman’s book the name Faloma may come from the Cree word ‘potoma’, meaning ‘there you are’. Considering the good fishing here, Faloma must have often been a campsite for First Nations Peoples.

Faloma is also a nesting site for loons, although the foxes often get the babies. The photo below was taken at Faloma. 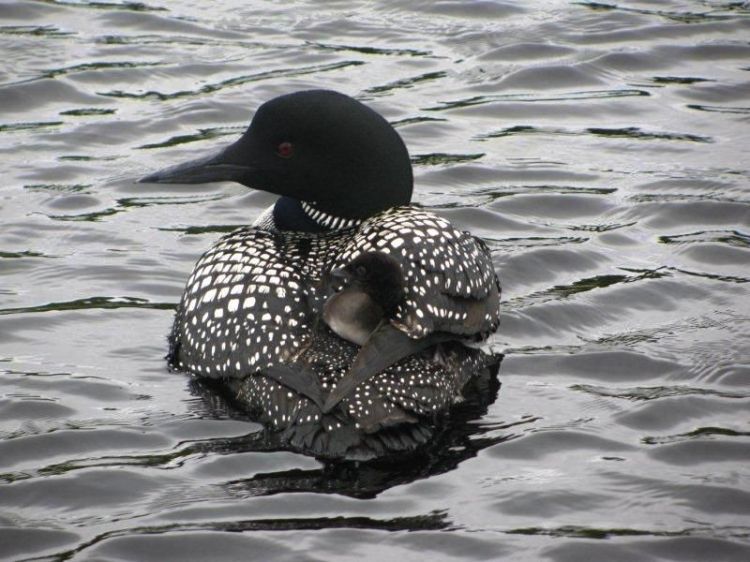 If you walk up Hamilton creek in early spring, it is a wonder to behold the hundreds of thrashing spawning fish trying to get upstream. Sometimes they are working their way between and under ice that has not yet melted in the shade.

Across from Faloma is the Falcon Lake Yacht Club, in operation since 1963. This year was the 50th anniversary of the club. The Yacht Club offers a learn-to-sail program and this year also offered a learn-to-canoe program. It is a lovely sight to see colourful sails dotting Falcon Lake on a race day, and there is a grand lookout to view it at the clubhouse. 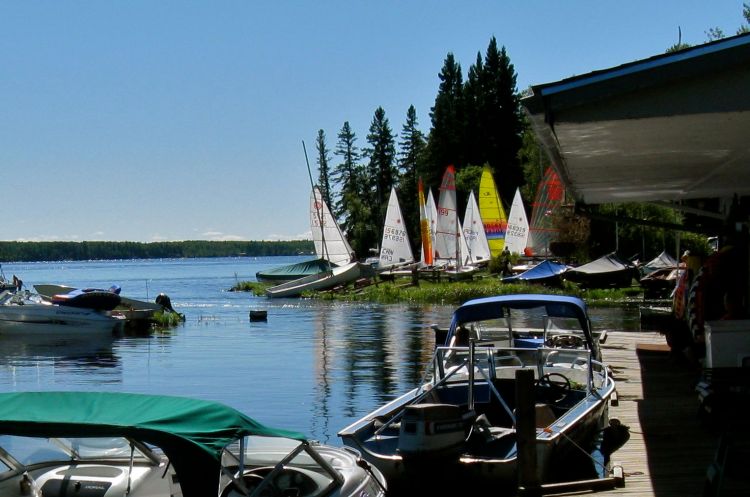